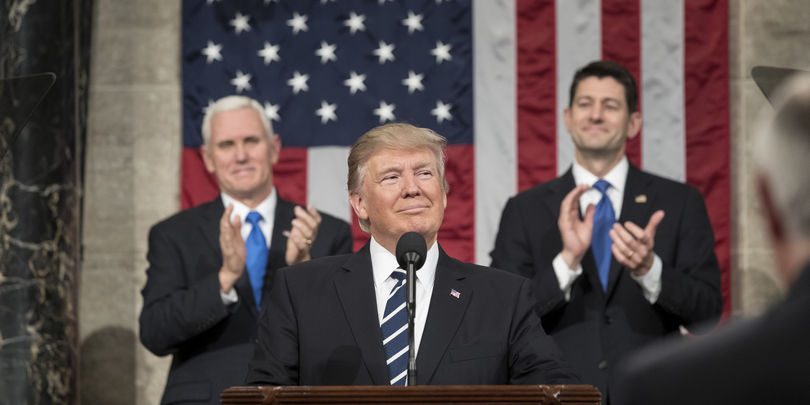 President Trump’s foreign and security policies on Middle East issues is an incoherent collection of unrelated decisions and whims with no connection between them, and instead of bringing Israel to the negotiating table on the basis of the peace initiative endorsed by Saudi Arabia and the Arab League in 2003, he is trying to force Abbas to return to negotiations.

Since the election of Donald Trump to the US presidency, I have been following his decisions on foreign and security issues and trying, in vain, to find in them some logical common denominator of a systematic strategy based on a comprehensive spatial vision.

Professor Paul Krugman, winner of the Nobel Prize in Economics and a regular columnist for the New York Times, gives a convincing explanation for my puzzlement in his list of “The Know-Nothings of the 21st Century”, which was published on January 17, 2018. Two key insights on the list: One – the United States reached the status of the world’s number one superpower because it is an immigrant country, and anyone who fights against immigrants is actually fighting against this achievement. Two – among Republicans there is a majority of those who believe that the higher education system in the United States has a negative impact on the country and, as proof of this, there is only a minimal representation of conservative views in this system.

These insights help me understand why Trump’s policy on the Middle East and the Israeli-Palestinian conflict is an incoherent collection of unrelated decisions and whims that are independent of one another, have no connection to each other, and are not based on a solid foundation of data, facts and assessments designed to create a complete and clear strategy that has a real chance for resolving the conflict.

Every intelligent person must understand that the two-state solution to the conflict is an insurance policy for the State of Israel in order to save itself from itself. This is a paradigm that even President Trump should understand. In the chain, it is also an insurance policy to preserve the State of Israel in the Middle East as a strong regional ally of the United States against Russian strengthening in the region, Iranian expansion and the threat of Islamic terrorism. The one-state solution, or any other clever trick, would bring down the State of Israel and the Zionist dream to an apartheid state, a country that knowingly erodes democracy (not only because of the annexation, but even more because of the surrender to ultra-Orthodox Judaism), and would inevitably turn Israel from an asset to a burden of the United States. On this downhill slope, the conflict will not only not get smaller, it will take on truly threatening dimensions.

The recognition of Jerusalem as the capital of Israel as a punishment or an American attempt to bring the Palestinians to the negotiating table, disconnected from the overall context of the conflict’s resolution, is an irrational act. The same is true of Trump’s decision to freeze some of the US payments to the UNRWA. These two decisions could have been correct and appropriate had they been part of a comprehensive, strategic peace plan in which progress towards peace requires compromises on both sides.

Trump is missing a propitious time in the Middle East when he has the opportunity to mobilize the Sunni world in order to push back the Shi’ite minority and its Russian partner. In order to take advantage of this propitious time, he must bring the Israeli government to the negotiating table based on the Saudi and Arab League proposal of 2003, instead of the futile attempt to force Abu Mazen to return to the negotiating table.

Former Head of the Mossad,
Member of the CIS Steering Committee