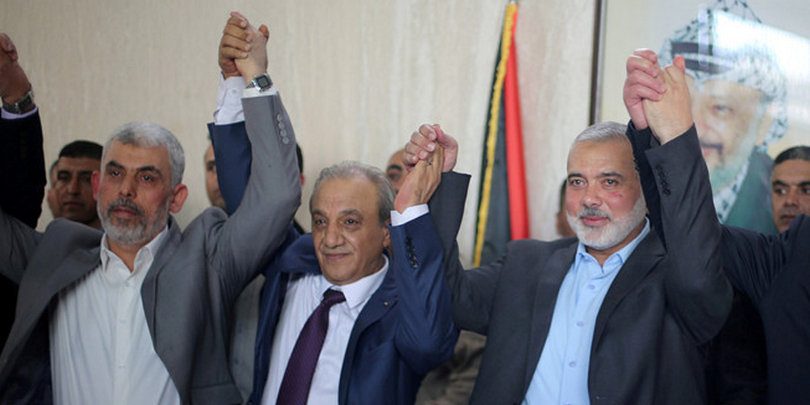 Egypt’s General Intelligence Directorate (GID) has long held Cairo’s Israel and Palestine ‘files.’ For several years, the GID has attempted, largely unsuccessfully, to tame Hamas and steer it away from its belligerent policy.

While the jury is still out on the long term significance of Egypt’s current initiative, nonetheless events over the past few days suggest that a major play is underway.

Why now and how significant is it?

In its Gaza policy, the government of Egypt (GOE) seeks to achieve four national security objectives:

Utilizing both sticks and [the promise of] carrots, Cairo has pressed the PA and Hamas for several years to pursue a three-phase Palestinian strategy:

Second, a unified, stronger Fatah and a somewhat more moderate Hamas will take on the tough issue of “Palestinian reconciliation,” bridging the West Bank-Gaza divide and restoring PA presence to the Strip.

Lastly, a unified Palestinian polity, wherein Abbas is empowered to represent all and Hamas need not “dirty its hands” by engaging Israelis, will enter into negotiations with Israel.

So far, this rational sequence has proven too ambitious given local and regional complexities (and irrational behavior): Abbas would not consider reconciling with Dahlan; backed by Qatar, Hamas resisted Egyptian pressure to change course; and in late 2014, when an opportunity emerged to begin gradually restoring the PA presence in Gaza, a defiant Abbas insisted on all or nothing.

Resigned to failure on the first phase (of an Abbas-Dahlan reconciliation), but exploiting the Dahlan factor nonetheless (below), Egypt determined to seize on changing circumstances to leapfrog into the even more demanding second phase of its strategy: a Fatah/PA-Hamas rapprochement.

It took a rare coincidence of dramatic changes in five theaters to inject new life into the Egyptian effort:

Amidst an imminent humanitarian crisis, military head Yahya Sinwar’s election to the top leadership position in Gaza proved to be significant. While many, including Israel’s intelligence agencies, expected Sinwar to lead an aggressive, belligerent policy, Egypt’s intelligence services knew better.

Indeed, Sinwar was not the first strongman subjected to the “friendly GID re-education” process. Previously it was Ahmed Jabary, one of Sinwar’s predecessors in Hamas, who underwent the Egyptian treatment with impressive results. Ultimately though, an Israeli drone terminated that process, and Jabary’s death triggered the 2012 Operation Pillar of Defense. Betting similarly on Sinwar’s ‘domestication’, Cairo saw in him a potentially potent partner in affecting Hamas strategy.

As it turns out, Egyptian designs suited Sinwar just fine, as he was looking for support in his ambition of unifying the Palestinian polity by bringing Hamas into the PLO and thence running for leadership of all Palestinians.

Consequently, thus far, the Egyptian investment seems to have paid off handsomely: a few months after Sinwar’s election, Hamas distanced itself from the Muslim Brotherhood; the group decided to accommodate Egypt regarding Sinai security as well, albeit gradually; and now, Sinwar seems determined to change course on the issue of Palestinian reconciliation. In a surprising move he decided to yield civilian management of the Strip to the PA.

To date, Sinwar’s impeccable security credentials and tough image – shored up by blunt threats to “break the bones” of opponents – seem to have restrained widespread opposition to his sweeping and bold move. As many Hamas operatives are likely to lose jobs, influence and power should reconciliation reach its fruition, Sinwar’s protection detail has been enhanced and the GID is closely engaged.

From the West Bank:

Determined to deter Hamas from cozying up to Dahlan, and to force the movement to dismantle the alternative, separate government structure it had created, a few weeks ago President Abbas issued instructions for a wave of draconian measures making life in Gaza even more miserable than before. Whatever the objectives, the increased suffering of the Gaza population intensified Sinwar’s concern about an Arab Spring-like popular eruption. Absent other allies, his derived attentiveness to Egyptian preaching proved useful to the GID strategy.

To make matters worse for Hamas, the unprecedented crisis between the Arab Quartet (Saudi Arabia, the United Arab Emirates, Jordan, and Egypt) and Qatar, yielded two complementary results. First, Qatar – Hamas’s primary financial patron and sponsor for Gaza reconstruction – all but disappeared from the scene. Second, Cairo’s ally in the Arab Quartet (and Dahlan’s political and financial benefactor), the UAE, took Doha’s place. Although the Emiratis proved far less generous than Qatar, absent much competition, they did receive Hamas attention.

As funding from Abu Dhabi has been distributed by the UAE’s (and Cairo’s) favorite Palestinian son, Mohammad Dahlan, this proved useful in attracting Abbas’s attention as well. Cairo and its partners seemed determined to bring Dahlan back to Gaza should Abbas keep playing hard to get on the Egyptian strategy of gradual reconciliation.

From the United States:

An equally surprising development has been the seeming relaxation of the U.S. veto over intra-Palestinian reconciliation. Assuming those involved are not ignorant of the fact that restoring PA rule (however partial and gradual) presupposes a measure of Hamas-Fatah reconciliation and Hamas-PA cooperation, twice in recent days authorized American officials proposed just that. First, during a tour of the Gaza surrounding, Jason Greenblatt called for restoring PA control. This position has since been formalized in a September 29th statement of the Quartet (the U.S., Russia, European Union, and United Nations), which could not have been made without Washington’s consent. To allay any doubts about U.S. policy, Greenblatt drew attention to the statement using a favorite Trump-era medium: Twitter.

At least equally as surprising as tacit American support for Palestinian reconciliation is Israel’s acquiescence. In a seeming departure with a long held policy of separation, designed to enshrine the West Bank-Gaza divide, Israel approved the departure of the unprecedented (in numbers and seniority) West Bank delegation for the Egyptian-convened reconciliation negotiations in Gaza.

Moreover, Israel’s (thus far) restrained response to the unfolding agreement stands in sharp contrast with previous threats from Netanyahu and Avigdor Lieberman, promising severe sanctions should Abbas proceed with reconciliation. Although Netanyahu did pay lip service to his base by placing conditions on Israel’s acquiescence with the move, this was a far cry from past flat veto reinforced by concrete threats.

One wonders whether Netanyahu has had a change of heart, or chose to yield to external pressure (from Cairo? Washington? Both?) while studying his options. Traditionally Netanyahu tended to restrain his reaction whenever he concluded that he could ‘trust’ the Palestinians to make a mess of the situation without his ‘help’. Is that what we are witnessing now, and if so, might he miss the moment to prevent it?

Weapons: Will ‘All or Nothing’ Yield to Gradualism?

The ultimate fate of Palestinian reconciliation remains indeterminate and the issues separating the two entities are difficult to negotiate. As noted above, third party sabotage should not be ruled out either. Nonetheless, it seems that, at least for now, the Egypt-PA tug-of-war over Egyptian gradualism versus Abbas’s stubborn ‘all or nothing’ approach, is sliding in the former’s favor.

This is no more in evidence than on the toughest issue of all: weapons. Hamas is consistently resisting any suggestion of disarmament and yielding to the Abbas demand for “one polity, one law, one weapon,” as a precondition for reconciliation. Still, Cairo’s gradualism has extracted from Hamas one major concession on this issues: for the first time in a decade, Hamas agreed to give up its monopoly over armed force in Gaza.

This is to be manifest in three ways:

However far reaching, these partial commitments have yet to be implemented. They certainly do not meet Abbas, U.S., or Israeli demands for legitimizing Hamas.

Nevertheless, the first visit to Gaza in several years by senior Egyptian intelligence officials sent a powerful signal. The delegation, led by GID chief Mohammad Fawzi, oversaw the reconciliation gathering and insisted on adherence to the governing principles agreed to by both delegations while in Cairo. With both parties due in Cairo again in the coming days, the strength of Egypt’s resolve and its skill in exploiting a changed context for Palestinian reconciliation are soon to be tested.

Thus far, these dramatic developments have attracted the attention of Israeli-Palestinian policy junkies alone, and for a very good reason: past failures justify skepticism. This time too, the gaps between the parties on important issues are substantial; internal opposition (mostly in Hamas, but also in Fatah) is mounting; more extreme Palestinian factions can be expected to try and derail the process; and Israel’s position – whether a strategic change or temporary tactical tolerance – is yet to be revealed.

Nonetheless, as Egypt alone could not have generated and synchronize all pieces of the currently moving regional puzzle, one wonders whether in the otherwise inept Trump administration there is a pocket of excellence around Chief Negotiator Greenblatt that is doing something right. For if the Egyptian move proves more significant than all prior efforts, one consequence might be the evaporation of the West Bank-Gaza divide as a major impediment for progress on Israeli-Palestinian negotiations and the attainment of the “ultimate deal”.  If that were to happen, those eager to avoid two-state negotiations altogether will be deprived of a prime excuse.

Given all that, ones fingers must be crossed for the success of the Egyptian effort, which offers a cautious note of hope in an otherwise quite gloomy situation.

Nimrod Novik is the coordinator of the CIS Gaza team, and a member of our Steering and Executive committees, as well as the Israel Fellow of our IPF partners and a Senior Associate of ECF.