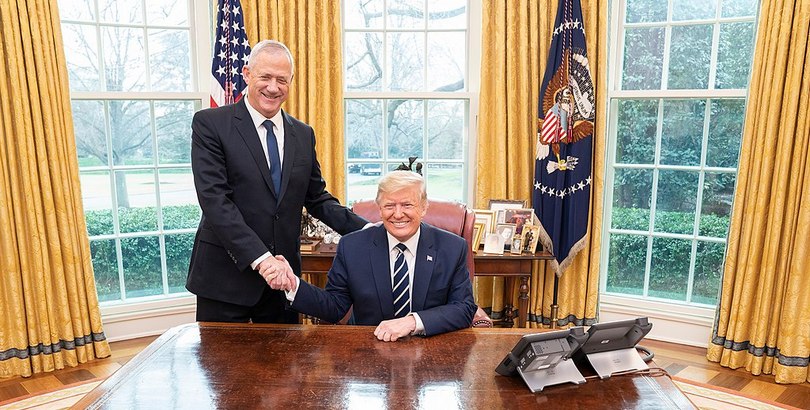 The claim that unilateral annexation entails no risk is dead wrong.  Benny Gantz must draw a line in the sand on this issue during coalition negotiations with Netanyahu.

Seldom does anyone stand at an historic crossroads where his choices can decide the very fate of his country. Today, Benny Gantz bears precisely that responsibility.  His coalition talks with Netanyahu will determine whether or not the State of Israel takes the ill-considered and perilous road towards unilateral annexation. Gantz knows the dangers involved.  He opposed the idea before the elections, arguing that any move towards annexation must be coordinated with the international community.

To be sure, the present emergency calls for a high degree of coordination to deal with the corona pandemic and save the Israeli economy from the resultant economic crisis.  But emergency governments come into being for one, and only one purpose – to manage emergencies, not to deliberately create new ones.

A unilateral declaration of sovereignty will not help Israel overcome the corona crisis. In fact, it would make things worse, by dragging us into a long-term military, political and economic imbroglio.  It could jeopardize our relations with neighboring states – and other countries in the region – as well as with the international community, while calling into question the very Jewish and democratic character of the State of Israel.

Those trying to peddle the fabrication that partial annexation carries no price tag are deliberately misleading the public.  Partial annexation will lead to full annexation by triggering a chain reaction over which Israel has no control.  It will start with the collapse of Palestinian security forces on the West Bank when they come to be seen as collaborators in the occupation rather than champions of the Palestinian national interest. The Palestinian Authority itself is likely to follow suit, when its policies come to be seen as a complete failure of leadership and the very idea of cooperation with Israel in pursuit of independence loses all credibility.

Without a functioning Palestinian Authority or security forces, the Hamas will fill the security and governance vacuum, forcing the IDF to reassert authority over Areas A and tighten its control over Areas B [respectively: the urban and rural Palestinian population centers, all surrounded by Israeli controlled Area C], thereby assuming responsibility for the lives of 2.6 million Palestinians.

Supporters of this half-baked idea can wallow in their own delusions about partial annexation, or annexing territory without its residents.  In the end, all these fantasies will shatter against the brick wall of reality, and Israel will be left with responsibility for the population of the territories. At that point we will face a choice between an apartheid regime that rules over civilians without providing them with basic rights or living conditions and financing health and human services for millions of Palestinians at a projected cost of NIS 52 billion per year [the equivalent of four times the annual US security assistance to Israel.].

Gantz can prevent this catastrophe by demanding that as long as the crisis continues, at the very least, the Israeli government will refrain from taking any steps towards unilateral annexation.  After that, Gantz must insist, a thoroughgoing examination of the full implications of the move will serve as a precondition to any decision on the matter.   He would also do well to demand a presentation of government’s exit strategy from the military, economic and diplomatic imbroglio that would be created thereby.

The challenge Gantz faces is not a simple one, but is vital to the future and security of the State of Israel.  Hundreds of members of Commanders for Israel’s Security, among them many of Gantz’s past soldiers and commanders, will have his back as he blocks unilateral annexation