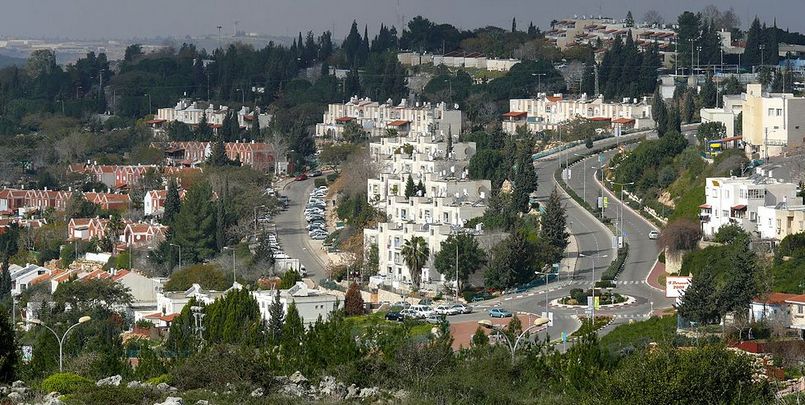 The settlement enterprise has failed to scuttle a two-state solution; separation is still eminently possible

On the eve of Prime Minister Netanyahu’s visit to Washington, two sets of rumors are flying: Washington insiders speculate that the visitor will be welcomed either with the friendly unveiling of the Trump Initiative that is to secure the ‘ultimate’ Palestinian-Israeli deal, or by a less Netanyahu-friendly gesture to the Palestinians, designed to bring them back to the negotiating table.

Meanwhile in Jerusalem, the rumor mill is no less creative, with hopeful West Bank settlers intimating that Netanyahu intends to secure a Trump consent to the annexation to Israel of some West Bank territory should the Palestinians decline the Trump Initiative.

Not waiting for either speculation to materialize, Israeli opponents of a two-state solution have accelerated their campaign to bury it, not only by pressing for further expanding the boundaries of existing settlements, but also by a new wave of legislative initiatives calling for the “application of Israeli law” – the legal formulation of annexation – to various portions of the West Bank. The two-state opponents premise their efforts on the notion that the time for a two-state solution is over. They claim that the settlement enterprise is so entrenched in the West Bank that partition just cannot be implemented.

Separation between Israelis and Palestinians is feasible geographically and demographically.

And most significantly, of the 600,000 Israelis who live beyond the Green Line, which separated Israel from the West Bank until 1967, some 80 percent are residents of areas destined to be part of Israel in an agreed land swap. As discussed in numerous rounds of negotiations, the Palestinians would be compensated with land of equal size in Israel in return for West Bank areas which comprise the main Israeli “settlement blocs” and East Jerusalem’s twelve Jewish neighborhoods. Consequently, 80 percent of Israeli settlers will stay where they are and the land they occupy will be part of sovereign Israel. This land, which is adjacent to the Green Line, can be separated from the remainder 96 percent of the West Bank where Palestinians constitute 92 percent of the population

This four percent land swap can be made without causing serious damage to communities inside Israel or to West Bank Palestinian villages that will lose land in the process. Of course, the remaining 30,000 Israeli households that live outside the main settlement blocs, deep inside the intended area of the Palestinian state, will need to be relocated.

Can Israel take them in? Israel successfully absorbed one million immigrants from the Former Soviet Union, though some 2,000 households less successfully after the Sharon government relocated them from the Gaza Strip. These experiences show that the mission is possible, but proper preparations are vital. With the absorption process spread over several years, Israel will need to create approximately 4,000 new jobs a year over the transition period. This is reasonable, given that the Israeli economy has created some 80,000 new jobs a year over the past decade. Israel will also need to build some 6,000 housing units a year over the same period. This, too, should not be problematic, as national planning for new residential units over this period is approximately 120,000.

Israel’s strategic depth would no longer begin at the Jordan Valley, but hundreds of miles to the east, on the border between Jordan and Iraq

Thus, separation between Israelis and Palestinians is feasible geographically and demographically. What about the main challenge — security — which rightfully troubles most Israelis? While the Palestinians are too weak to offer the level of safety Israelis expect, Israel’s security establishment appreciates the professionalism of Palestinian security agencies and the contribution their coordination with Israel’s agencies makes to Israelis’ security.

In a two-state reality, security concerns on the Palestinian front can be met by demilitarization of the Palestinian state; arrangements allowing Israel to use Palestinian airspace, maintain a presence along the Jordan River for an agreed period, and operate early warning stations; as well as by US-supervised upgrading of Palestinian counter-terror capabilities. All these measures have been discussed during previous rounds of negotiations to strike a balance between respecting Palestinian sovereignty and meeting Israel’s security needs.

Regional security arrangements can buttress these local ones. The increasing confluence of interests between Israel and the pragmatic Arab countries — from Jordan and Egypt to Saudi Arabia and the UAE — in jointly addressing common threats posed by Iran, Islamic State and similar destabilizing forces creates an opportunity to craft a regional security structure.

Alas, these countries repeatedly convey the need for progress on the Palestinian front as a cover for going out in public with Israel. That is why, when The Washington Post and The New York Times both reported on February 3 that, in coordination with Egyptian authorities, Israel has been conducting clandestine airstrikes against jihadist groups in Sinai, Cairo prevented local media from reporting this and banned dissemination of foreign articles on this story.

Once progress toward an Israeli-Palestine agreement enables a regional realignment and cooperation, Israel’s strategic depth would no longer begin at the Jordan Valley, but hundreds of miles to the east, on the border between Jordan and Iraq. The same would apply to the south, once Israel’s security arrangements with Egypt are upgraded and can be made public.

We are both affiliated with Commanders for Israel’s Security (CIS), a network of more than 280 retired Israeli generals who are convinced that Israel’s security will be enhanced by these two layers of robust security arrangements that an agreement with the Palestinians would facilitate. Yet we recognize that a two-state solution may not now be within reach. In the meantime Israel must prevent a descent into Israeli-Palestinian violence and preserve conditions for separation until Israelis and Palestinians have leaders ready for the courageous, historic compromises needed to attain an agreement.

Our government and the Trump Administration should embrace the CIS Security First plan for enhancing security, reducing friction between Israelis and Palestinians in the West Bank, improving the daily lives of residents of the West Bank, Gaza and East Jerusalem, restricting settlement construction to the already built-up areas in the blocs and Israel’s renouncing claims to territories beyond those blocs. The US administration is well versed in that plan. If it wishes to preserve conditions for its “ultimate deal” and to forge a regional security structure harnessing Israel’s and pragmatic Arab states’ resources to check Iran’s regional ambitions, it should encourage Israel to implement it – starting at the March 5th Trump-Netanyahu meeting.

Maintaining the viability of the two-state solution is vital for Israel’s security and important for US interests. Exposing the false claim that it is no longer feasible serves both.

Col. (Res.) Dr. Shaul Arieli, a former Head of the Negotiations Directorate under Prime Ministers Rabin, Peres, Netanyahu and Barak, is a member of the Steering Committee of Commanders for Israel’s Security (CIS). Dr. Nimrod Novik, a former Senior Policy Adviser to Prime Minister Shimon Peres, Special Ambassador of the State of Israel and adviser to the Israeli National Security Council, is the Israel Fellow of the Israel Policy Forum and a member of the Executive and Steering Committees of CIS.