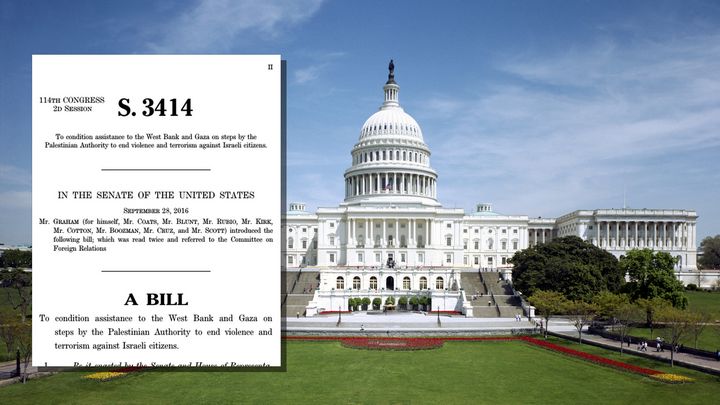 Caroline Glick is not satisfied with merely floating a ridiculous theory; she also calls into question the integrity of serving IDF generals as well as members of Commanders for Israel’s Security.

Caroline Glick [an Israeli Journalist, author of “The Israeli Solution: A One-State Plan for Peace in the Middle East“] points an accusing finger (“The PLO’s IDF Lobbyists,” The Jerusalem Post, June 26, 2017) at “IDF Generals” (as well as their retired predecessors), and their “common sense defying” decisions.  She claims they “use their positions to advance policies that are contrary to the expressed position of the government,” “deliberately hide the details of their supporters,” and “lobby for Palestinian terrorists.”  Defense Minister Avigdor Lieberman, who condemned these statements in no uncertain terms, rightly brought the full prestige of his office to bear in defense of those officers in uniform who, being on active duty, cannot answer the charges themselves.

In another article (“The Politics of Battle,” Maariv 30 June 2017) Glick gets confused between three different pieces of legislation, and then, having confused herself, proceeds to make outrageous assertions about Commanders for Israel’s Security.

Let us begin with the facts.  The issue at hand is how to penalize the Palestinian Authority for supporting terrorists and their families.  In this context Glick accuses “a senior officer or a delegation of retired officers” of preventing legislation in the US aimed at punishing Abu Mazen and the PA for supporting terror.  Glick seems to forget that such legislation was already passed several years ago.  She goes on to confuse three different laws:  the first, a US law from 2015 penalizing the PA by deducting any sum the PA grants a terrorist or his family from the US aid it receives; the second, an Israeli bill submitted by MK Eleazar Stern to bring Israeli law into line with existing US legislation, so that Israel would deduct any sum the PA grants a terrorist or his family from taxes Israel collects on behalf of the PA.

The third piece of legislation, known as the Taylor Force bill (named after an American citizen killed in a terrorist attack in Israel) is a new one. It differs from the aforementioned legislation in the following two respects:  a) it would require the US administration not only to deduct the sum distributed to a terrorist or his family from US aid, but to deny the Palestinian Authority US aid altogether; b) this blanket punishment would kick in from the moment the PA provides funds to the family of even a single terrorist.

Glick would do well to inquire with MK Stern why his bill parallels the existing US law and refrains from including language similar to the Taylor Force bill calling for a blanket freeze on the transfer of tax receipts to the PA.  After all, if it is legal to deduct part of those tax receipts (i.e., if the government legal advisor approves), then it would be equally legal to freeze all tax income.  In fact, she could have posed the same question to any number of current and former prime ministers and ministers of defense who, though they expressed their anger at the PA by freezing the transfer of tax income, released these funds shortly thereafter.

Contrary to what Glick thinks, then, Israeli government and the defense establishment over the years have been keenly aware that without tax income, the PA would collapse, and security coordination with the IDF would collapse along with it.

Along with supporters of the Stern bill, the 270 members of Commanders for Israel’s Security are unanimous in demanding that the PA put an end to incitement, immediately cease payments to families of terrorists, persevere in the fight against terror and increase cooperation with the IDF.  Contrary to Glick, however, we object to measures that would undermine the ability of the PA to do so.  For this reason, while warning against the dangers to Israeli security posed by the Taylor Force bill as currently formulated, we have proposed changes to the bill that would serve to punish the PA for supporting terrorists and their families without throwing the baby out with the bathwater.

One possible change would be to limit these sanctions to funds that directly serve the Palestinian Authority.  Most USA aid does not go through the PA budget in any event, but rather serves to pay its creditors, such as the Israel Electric Corporation or hospitals in East Jerusalem.  Withholding funds that support the PA budget directly would indeed punish the PA if it continues to glorify terrorists and support their families.  To avoid generating instability on the West Bank, however, the proposed change would exempt funds that directly help the civilian population.

The latter funds can be divided into two categories:  some of the money goes to NGO’s that fight corruption and encourage government transparency or that promote the rights of women and children.  The lion’s share, however, is invested by the US government directly in West Bank infrastructure projects that enhance the quality of life, strengthen the electrical grid and, above all, promote employment.  All these activities (in addition to detailed security measures) are among those proposed in the Security First plan, as proposed by Commanders for Israel’s Security.  Adoption and implementation of this plan by the Israeli government, irrespective of whether or not a Palestinian partner exists, would enhance Israeli security and contribute to stability in the territories while a diplomatic solution remains out of reach.

Currently serving security and defense officials share our views and have repeatedly warned the US administration not to permanently undermine US assistance to the PA.  Thus, just a few days ago, former US ambassador Dan Shapiro and Ilan Goldenberg, the former chief of staff to the special envoy for Israeli-Palestinian negotiations at the US State Department, wrote in an article published in Foreign Affairs (29 June 2017) that “active duty Israeli officers charged with maintaining security and stability in the West Bank have also repeatedly affirmed to us that they would not welcome any sustained reduction in assistance to the Palestinian Authority.”

In her article, Glick questions the commitment to Israel’s security of both serving generals and hundreds of members of our own movement, all of them formerly senior officers in the Mossad, the Israel Security Agency, the Israel Police and the IDF, who have collectively spent some 9,000 years defending the State of Israel.  Glick claims, for instance, that our organization “refuses to reveal its sources of funding.”  This is a lie, pure and simple.  All she had to do, if she had bothered to try, was to inquire with the Registrar of Amutot in order to receive the same, precise information that is available to the general public.

Normally we would not bother correcting the factual errors in Glick’s article.  She is not, after all, particularly well versed in the security and legislative issues she pontificates about.  We must, however, protest her insinuation that there is something perfidious about our sources of funding, and that this is what lies behind the positions we take.  We must repudiate her suggestion that hundreds of senior officers in the Mossad, the Israel Security Agency, the Police and the IDF would betray their true beliefs so as to satisfy donors.  We must reject her accusation that they, as well as officers on active duty, are a “lobby for the PLO” and “Palestinian terrorists.”