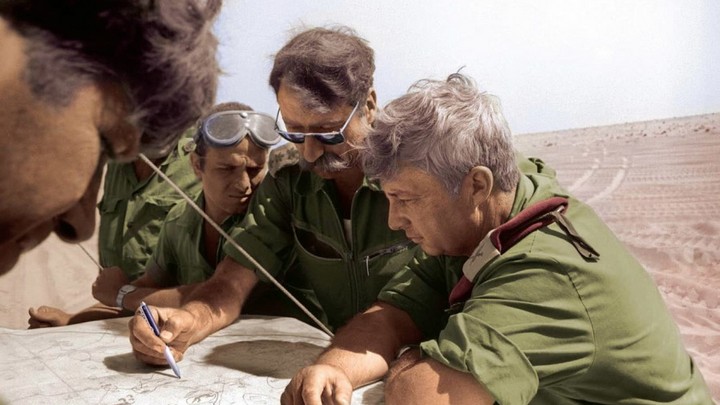 No peace partner? No problem.
Against permanent unilateral withdrawals? No worries.

Want to improve Israeli security, while making minimal, reversible concessions to the Palestinians, in order to keep a peace horizon possible someday when the stars align? Commanders for Israel’s Security (CIS) has a plan – or, rather, several plans – for you.

The group of 270 ex-generals, Mossad, Shin Bet (Israel Security Agency) and police officials have gotten together with the aim of seeking to improve Israeli security by offering minimal and what they see as reversible concessions to the Palestinians, to keep peace prospects on the horizon.

Ex-Maj.-Gen. Amnon Reshef, the leader of the group, has been advising Prime Minister Benjamin Netanyahu and, most recently, the US peace team led by Jared Kushner and Jason Greenblatt.

In an interview with The Jerusalem Post, Reshef says that both the Trump team and Netanyahu gave his group’s ideas “serious attention” in their numerous meetings and ongoing contacts, including as recently as about a month ago.

Since Reshef published a solo open letter to Netanyahu in 2014, offering political backing from people with top security credentials if the prime minister moved forward with consensus exchanges with the Palestinians toward peace, a nonpolitical group has formed.

He commanded a critical tank brigade during the 1973 Yom Kippur War.

At the outbreak of that war, Reshef’s unit was the only armored brigade on Israel’s defensive Bar-Lev Line facing Egyptian forces. His forces took heavy losses at the war’s outset then managed to maneuver so they could block a later Egyptian attack. Later they played a key role in breaking through Egypt’s defensive lines.

Reshef said he wrote his letter because he felt that Israel had failed to answer an Egyptian peace initiative in October 2014. The father of five and granddad of six said that “if I have responsibility for my kids and my grandkids, I must do something. The nation of Israel needs to be a light unto the nations and not be dragged, it needs to initiate” in the diplomatic arena.

When he and a friend discussed adding other supporters to their group, he thought 25 co-signers would be a success, with 40-50 a very high estimate.

He was shocked when 103 people swiftly added their signatures, and found himself fielding calls from journalists before he had contacted them or even published the letter.

Using the specific expertise of the former Mossad and Shin Bet chiefs alongside top IDF generals with every area of security covered, the group split up into committees. They put forward a list of down-to-earth plans called “Security First,” in 2016, then updated it in May and June. They plan to soon release another document they have already called their “List of Fundamental Beliefs.”

The CIS is flexible about ideology and tactics, focused on results, and remaining within a broad Israeli consensus.

Reshef said the group wants to achieve security by smart measures benefiting both the Israeli and Palestinian sides, and the main trick is “balancing shortversus long-term goals.”

Reshef said his group has “two simple messages: separation” from the Palestinians, and “keeping the nation whole.” The group’s ideas about a reciprocal negotiations process has evolved and changed since a wave of terrorism in 2015, when it called for Israel to take independent steps to calm the situation. “For people who say there is no partner, our basis is we don’t need a partner,” Reshef said.

But since the Trump administration has jumped into the game, the group has been ready to propose more mutual Israel and Palestinian steps.

Some of Reshef’s group’s ideas could be said to have been built on a security plan drawn up by US Gen. John Allen, a former special envoy for then-secretary of state John Kerry, to enable an IDF withdrawal from West Bank. The CIS has delved more deeply into the details than Allen’s plans, though, and adapted to fit evolving circumstances.

A June update to CIS’s plan proposed that Israel transfer and reclassify 10.5% of West Bank land from Area C to Area B, in three stages.

Under the Oslo Accords, which still function in defining the status of the West Bank, Area A is under Palestinian control, Area B is administered by the Palestinians, though Israel still has overriding security control, while Area C is under Israeli control.

Reshef’s proposed transfer called for reducing the number of isolated Palestinian villages in Area C from 169 to 74. Such a move would improve the lives of many Palestinians, afford freer movement and fewer checkpoints, without limiting IDF maneuverability in the West Bank, or withdrawing from any major positions or removing any settlements. The entire plan would involve yielding control of only 10.5% of the West Bank.

The three stages would be implemented on condition there were no surges of violence or terrorism, and in areas located at least 500 meters from the outer perimeter of the nearest Jewish settlement or barrier.

Reshef said the 500 meter figure was agreed to after detailed consultations with the group’s top West Bank security experts about how much warning time is needed for IDF forces to arrive to the scene of an incident.

The plan called for starting the transfers in quieter parts of the northern West Bank, then moving toward the central Ramallah area, followed by the tenser southern West Bank Hebron area at the last stage.

These transfers, followed by streamlined approval for more Palestinian building in areas likely to remain in Palestinian hands under any peace deal would freeup the Jewish settlement blocks to build more, he said. The thinking behind the idea is that Palestinians would see themselves as gaining ground, hence , more Jewish construction could ensue in areas seen as likely to remain in Israel’s hands under any peace deal.

Under the blueprint, Israel would fill in gaps of its West Bank barrier, in the Gush Etzion, Mount Hebron and Maaleh Adumim areas.

The Palestinians would commit to halting anti-Israel legal and diplomatic activities and start a serious process to reduce incitement against Israel, including a cessation of “martyr” salaries. Such ideas show his group is “not pro-Palestinian,” but rather pro-stability, Reshef said.

Another interesting idea CIS has is to build an interim Gaza port, instead of a permanent one which could take years to construction and prove a difficult fact on the ground to reverse.

Reshef’s group has spoken to Trump’s team “about how to translate our Security First plan into a negotiated process that is not merely unilateral,” said Reshef. There are informal contacts, Reshef said, adding that he wished to keep these confidential.

Israel Policy Forum fellow, former adviser to Shimon Peres and CIS steering committee member Nimrod Novik said that in two official meetings, Trump’s team “seemed…impressed since until then most people were either telling them ‘do not give anything to the Arabs’ or ‘do not trust Bibi, he will not do anything,’ but here was something” constructive and “they gave us very detailed attention.”

Novik mentioned a plan of normalization proposals which the US peace team brought to Israel from Sunni Arab states that would require two to three moves by Israel. “Now the prime minister needs to decide whether the strategic regional alliances” with those Sunni states justify taking certain risks, Novik said.

In multiple conversations with the Post, one of which was just days after Kushner’s August visit to Israel and the region, Reshef said he was impressed by Greenblatt and Ambassador David Friedman’s seriousness in reviewing issues up close. He said that their approach was “to come with a menu” of ideas to the sides “and not an edict” of what to do.

Reshef and CIS have also gotten serious attention from Netanyahu. He said that when Netanyahu met with the group that he at times had as many as eight aides assisting him in reviewing the materials.

He said that Netanyahu even called for additional aides to join the group mid-meeting to discuss specific areas of expertise. Netanyahu had also initiated a follow-up meeting, and that there have since been additional follow-up communications between Netanyahu’s and Reshef’s teams regarding CIS’s plans.

Crucially, Reshef said that there were no tense debates with Netanyahu as there had been with former US Secretary of State John Kerry’s peace team.

The implication was that Netanyahu dealt with CIS and its ideas purely as a group of security experts and did not do battle with them over politics.

There was also an implication that Netanyahu was more comfortable with a conversation about goodwill moves on the ground, minus pressures for a permanent West Bank withdrawal.

Reshef and CIS have not taken a formal stand on how the IDF should fight the next war with Hamas or Hezbollah. But he said, “we should do everything to stop the next war…we think progress on the Israeli-Palestinian track can help our situation with Iran, Syria” and other adversaries.

Another upside of his group’s recommendations is that, “everything is reversible. Israel is strong enough,” Reshef said. He said that “the only existential danger is that Israel will lose its Jewish majority. The other risks are on a spectrum that Israel must be ready to struggle with.”

“The consensus of CIS is that our power today gives us the room to take chances… Taking action, obviously there are risks, but the risks of inaction are existential,” Reshef said. 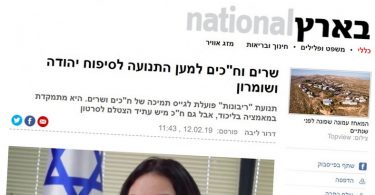 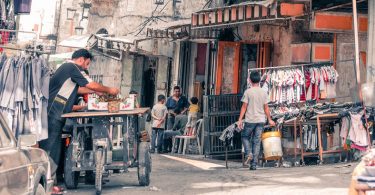 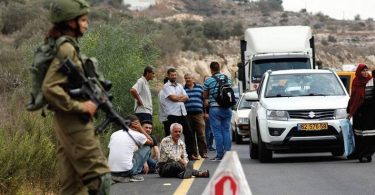 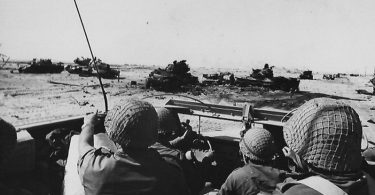