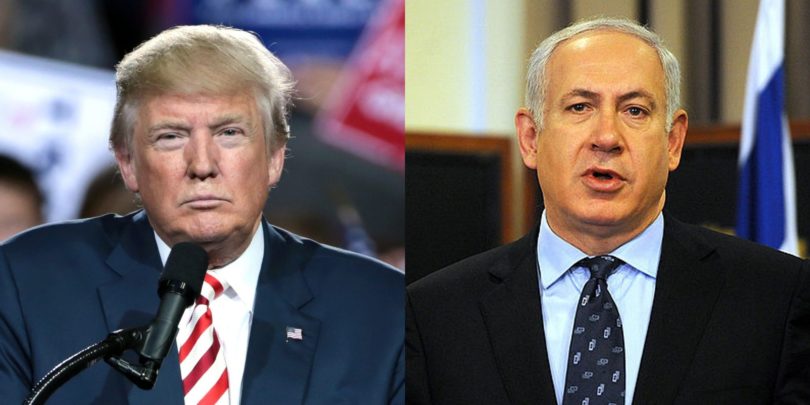 In all matters Israel, the Obama era was marked by two contradictory trends: on the one hand, no previous U.S. commander in chief was as generous in providing the means — resources, technology, intelligence — for securing Israel’s qualitative military edge and ability to defend itself by itself.

President Obama even chose to take no chance in concluding an agreement that secures Israel’s needs for a decade beyond his tenure, even though the expiration date of the previous agreement allowed ample time for his successor to do so himself.

On the other hand, on matters of regional policy, Washington and Jerusalem did not see eye to eye. One needs only recall the early confrontation over a comprehensive settlements freeze and the late conflict over the Iran nuclear deal, as both book-ended a period where disagreement also poisoned personal relations at the very top.

Overcoming the temptation to assign guilt, as a member of the Executive Committee of Commanders for Israel’s Security (CIS), I believe I speak for all members—the overwhelming majority of available retired Israeli military generals and our Mossad, Shin Bet, and police equivalents—in expressing gratitude to, and saluting the departing U.S. commander in chief.

Likewise, I speak for all in welcoming his successor and expressing our hope that when it comes to Israel’s security he will prove no less committed than his predecessor, and that on other policy issues, both he and our prime minister seize the opportunity for a restart.

While many in Israel join the rest of the world in a guessing game about the likely policy of the new administration, a possibly more constructive approach would be to suggest how our leaders back home can affect that policy in ways which best serve Israel’s strategic interests.

Indeed, it is time that Israelis who believe that parting with the 2.5 million Palestinian residents of the West Bank, and completing the separation from their almost 2 million brethren in the Gaza Strip is essential for Israel’s security and long-term Jewish and democratic character, abandon the tendency to seek salvation overseas. For that Zionist vision to materialize, decisions must be taken in Jerusalem, not in Washington, D.C.

And once an Israeli prime minister makes the decision to start the long and torturous process of separation, it will not be only the CIS’ 240 generals and our American partners of the Israel policy Forum (IPF), but in the best tradition of bipartisan support, whoever serves in the White House can also be expected to have his back.

Indeed, while conditions may not be ripe for a resolution of all the outstanding issues between Israelis and Palestinians, nonetheless, the situation calls for a bold, independent Israeli initiative which restores credibility to the prime minister’s commitment to a negotiated two-state solution; changes dynamics ‘on the ground’ from confrontation to cooperation; improves conditions for the Palestinians; and preserves conditions for a future negotiated agreement, all while enhancing Israel’s security.

An initiative which does all that—such as the one presented in the CIS “Security First” plan—would affect Israel’s security in a much broader sense as well.

First, it will remove a major irritant from U.S.-Israel relations. Consequently, intimacy and trust will be restored to our bilateral strategic dialogue which is now more important than ever, not the least given the challenge of cooperative monitoring of Iran’s compliance with the terms of the nuclear deal and coordinated responses to violations if detected.

Second, Israel’s standing globally will also improve, and the baseless foundation of hostile movements, such as the Boycott, Divestment and Sanctions campaign, will be exposed.

And third, a constructive Israeli move on the Palestinian issue, however interim, would allow a concurrent process of Israel’s integration into a U.S.-led regional security structure to begin. It is no secret that concern with Iran’s regional ambitions and with the challenge of ISIS and its likes to the regional state order have already triggered cooperation between pragmatic Sunni Arab countries and Israel.

However, such cooperation has been exclusively under the radar; often indirect, that is via third parties; mostly ad-hoc in nature; and limited in scope. The evolution of a regional structure would offer Israel another layer of security; will enhance security of all its other partners; and over time, contribute to the gradual restoration of regional stability—all presumably also in the best strategic interest of the U.S.

Drawing on the CIS members’ 7,000 years of cumulative security experience, the bottom line seems clear: thanks to the U.S. contribution, but mostly to the courage, dedication and ingenuity of our armed forces, Israel is by far the strongest country in the region. This strength provides our leaders with the space needed to take bold decisions. Once they do, we shall stand by them, and so we believe too will the U.S.

Nimrod Novik is a former senior adviser to the former prime minister of Israel Shimon Peres, a member of the Executive Committee of Commanders for Israel’s Security (CIS), and the Israel Fellow of the Israel Policy Forum (IPF).