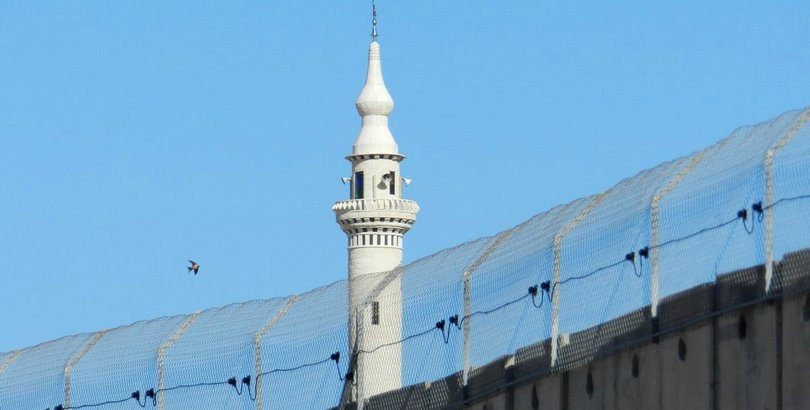 There is one front in which we have a near absolute ability to influence the arena—the one front that poses the only palpable threat to the Zionist enterprise—and yet the government has not been dragged into acting by our enemies but, instead, by the flesh of our flesh, a minority in the Israeli public and the Knesset, which possesses disproportionate influence in the coalition: the proponents of annexation.

Hezbollah’s tunnels in the north; the turn of events in the Syrian arena, only some of which are reported; the turn of events in the Iranian context even further afield; the ongoing clashes in the south that stop only intermittently; and the counterterrorism activity that is carried out in Judea and Samaria—all of the above demonstrate the pace of security issues in the State of Israel.

Those challenges should not be underestimated, but it is essential to recognize that none of them constitutes an existential threat to Israel. Israel is significantly stronger—and not only from a security perspective—than all of the challenges facing it. The IDF, the GSS, and the other security apparatuses have repeatedly proven their impressive capabilities, and have given the government sufficient time and maneuvering room to formulate a political strategy. The political echelon has been hard put to draft a legislative initiative that might alter the arena on most of those fronts and, as a consequence, it is being dragged into reacting to efforts that have been put forward by our adversaries. But there is one front in which we have a near absolute ability to influence the arena—the one front that poses the only palpable threat to the Zionist enterprise—and yet the government has not been dragged into acting by our enemies but, instead, by the flesh of our flesh, a minority in the Israeli public and the Knesset, which possesses disproportionate influence in the coalition: the proponents of annexation.

As someone who has had extensive first-hand experience of the significance of the friction between Palestinians and Israelis across Judea and Samaria, and as someone who contributed to the national decision-making process, I am fearful of the possibility that this minority might act on its stated intention to pass legislation to annex territories. That minority has asserted that it can ensure a “deluxe annexation” in two senses: annexing the greatest amount of territory with the smallest number of Palestinians while preventing the security situation and other derivatives from deteriorating. That assertion simply doesn’t stand up to the test of reality.

A decision by the Knesset to pass legislation to annex territory, no matter its size, will be interpreted in the region and in the international community as an Israeli national decision to abandon the strategy of negotiations and to establish facts on the ground unilaterally, shutting the door to future separation from the Palestinians. That message will do away with the last vestiges of any internal Palestinian justification for continued security coordination with Israel, which has been praised by the IDF and the GSS and will create a security vacuum that will be filled by violent elements with criminal and terrorist activity. As a result of those developments, or in an attempt to avert them, Israel will have no alternative but to have the IDF retake control of the entire area and the millions of Palestinian residents therein. By so doing, we will be responsible for the collapse of the Palestinian Authority and the final entrenchment of Hamas in the Palestinian leadership.

As such, before passing any hasty legislation, the government needs to instruct the National Security Council to oversee a thorough and extensive inter-ministerial study on the anticipated repercussions annexation would have on Israel’s security, economy, relations with its neighbors, international standing and other issues. Since that is a decision that is liable to severely jeopardize the Zionist vision of a secure, democratic Israel with a solid Jewish majority for generations to come, the findings of that study should be presented to the public with full transparency and be put to the public to vote on in a referendum.

I am a full partner to the warnings that have been published recently across Israel: “For the sake of Israel’s security, the time has come for us to divorce the Palestinians.” The Commanders for Israel’s Security Movement, which has hundreds of members, veterans from all parts of the security establishment, knows what it is talking about. It is vital to begin a process of civilian separation while retaining security control until an arrangement is reached. It is vital to stop irresponsible annexation initiatives. Both need to be done immediately.

This article was previously published in Yedioth Ahronoth in Hebrew.