Israel’s Knesset gave preliminary approval February 9 to a controversial bill aimed at shaming human rights organizations that get funding from foreign governments. The bill, a top priority of Benjamin Netanyahu’s coalition, requires not-for-profits getting more than half their budgets from foreign governments — mostly European — to post a warning of their foreign links on all public communications. The effect would be to discredit the not-for-profits in the eyes of the public. Coalition leaders say left-wing human rights groups defame Israel and undermine its security. The bill now goes to committee before returning to the Knesset floor for final approval.

But just hours before the vote, in a dramatic display of defiance, Israel’s military chief of staff told a prestigious security conference near Tel Aviv that he’d ordered the army’s legal department to work with the most controversial of the targeted not-for-profits, the left-wing army veterans group Breaking the Silence, to follow up on allegations of war crimes.

Every soldier who “hears a patently illegal order needs to know that it is his obligation to disobey it,” the army chief, Lt. Gen. Gadi Eisenkot, told the conference. He said he wished soldiers had disobeyed illegal orders “in real time” rather than waiting until discharge and then announcing that they were “breaking the silence.”

This was Eisenkot’s second major policy address in three weeks — and only the second in the year since he took command of the Israel Defense Forces. His outspokenness is raising the volume in a growing series of highly public spats between Israel’s government and its senior military and intelligence command. The two sides have been at odds for months over the root causes of the 4-month-old terrorism wave. The government blames anti-Israel incitement by Palestinian leaders, while Military Intelligence and the Shin Bet security service publicly blame economic despair and diplomatic frustration among Palestinian youth.

Eisenkot reaffirmed the army’s view in his February 9 speech. The army had confirmed a day earlier that it asked the government for 30,000 new permits for Palestinians to work in Israel, in order to improve their economic situation and thus reduce violence.

And yet, in a bizarre performance three days earlier, deputy foreign minister Tzipi Hotovely of the Likud party made international headlines by telling an Al-Jazeera interviewer that the intelligence agencies’ “despair and frustration” analysis was “absolutely wrong.” Hotovely, a lawyer and journalist in the Knesset since 2009, said attackers were driven by hatred of Israel and by incitement from Palestinian leaders and the Islamic State group. She said it was a mark of Israel’s democracy that it permitted airing of diverse views, like those of its intelligence agencies.

Amid the widening rift, however, perhaps the most telling new development is the adoption by Israel’s Labor Party at a February 7 convention of a new diplomatic platform proposed by the party’s chairman, Isaac Herzog. He calls for Israel to complete its separation wall around the West Bank and to freeze construction in settlements outside the major settlement blocs it intends to keep. The object, he says, is to preserve the possibility of a two-state solution someday; right now, there’s no prospect of a peace agreement, since neither side’s leaders are prepared for the necessary concessions.

Herzog also calls for Israel to initiate a regional conference with Saudi Arabia, Egypt, Jordan and the Gulf states to discuss joint strategies against Iran and Islamic State, with the Israeli-Palestinian conflict as part of the agenda. And he calls for new barriers separating Jerusalem proper from 28 Palestinian villages that were annexed to the city in 1967 and that, in Herzog’s view, should be joined to the West Bank.

Why is Herzog’s plan a sign of the military-political rift? Simple: It’s essentially a hard-line version of a plan floated in late 2014 by Commanders for Israel’s Security, a group of retired generals and intelligence chiefs that now numbers close to 200, most of them still serving in active reserves. Like Herzog, the generals call for a regional security conference that would include Israeli-Palestinian talks. They also call for claiming the major settlement blocs along the 1967 armistice lines and for freezing construction outside the blocs. Unlike Herzog, the generals explicitly say that “setting Israel’s eastern border” on or near the 1967 lines would “clarify the future” of isolated settlements deep inside Palestinian-populated areas. That is, they’d be evacuated.

A bigger difference is that the generals, unlike Herzog, call for Israel to welcome the 2002 Arab Peace Initiative as a basis for Israeli-Palestinian peace talks. That means acceptance of the 1967 lines, adjusted for land swaps, as the basis for the Israeli-Palestinian border, as well as a negotiated deal for resettlement or compensation of the Palestinian refugees. Saudi and other Arab officials have told Israelis in private talks that acceptance of the Arab initiative is a prerequisite for regional Israeli-Arab security talks.

Perhaps most important, the generals don’t dismiss Palestinian leader Mahmoud Abbas as a negotiating partner. They’re skeptical that he still has the authority to deliver a deal, but few doubt that he has the will. Hence the regional conference: The involvement of the moderate Arab states could provide cover for Abbas or a successor to make hard decisions. The generals also see the Arab League “taking responsibility” to secure a Fatah-Hamas agreement to enter a peace deal.

The generals’ group includes about one-fourth of Israel’s estimated 600 living ex-generals (the IDF has about 120 active-duty generals), plus a similar percentage of former directors and deputies in the Shin Bet, the Mossad intelligence agency and the national police. Several dozen others are known to agree with the principles but haven’t signed on. Ex-generals who’ve publicly spoken up against the Arab initiative or the 1967 border total about a dozen.

The bottom line, then, is that the Labor Party vote puts the bulk of Israel’s security establishment to the left — not just of Israel’s government, but also of its left-wing political opposition.

The plan the generals tout was first floated in the summer of 2014, during the Gaza war, by former Shin Bet director Yaakov Peri, who at that time was a Cabinet minister with Yair Lapid’s Yesh Atid party. Herzog’s plan, Peri told me, has “good elements, but he didn’t get to the hard topics. Evacuation of settlements. The future of Jerusalem. What to do about the West Bank-Gaza link.”

Moreover, Peri said, Herzog dodges the fact that “there is a partner” on the Palestinian side. Abbas “is old and fed up,” but “he’s ready to negotiate. Two weeks ago he said he’s ready to meet.”

Peri may be judging Herzog too harshly, though. It might just be smart politics to ignore Abbas right now, since Netanyahu wouldn’t negotiate with him regardless. “His government would fall if there were negotiations,” Labor lawmaker and former brigadier general Nachman Shai told me. “They blame the Palestinians, but that’s just an excuse.” In reality, coalition hardliners “don’t want an agreement, because an agreement means withdrawing from Judea and Samaria. And they don’t want to.” 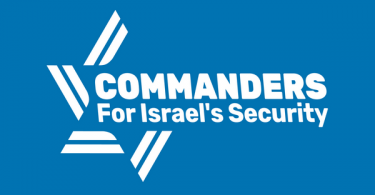 The surprise of the Yom Kippur War stemmed from our leadership’s political blindness; from their...