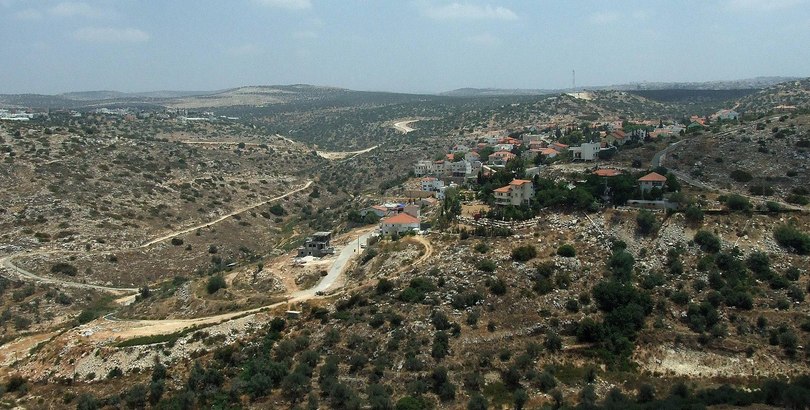 The announcement of President Trumps “deal of the century” unleashed a viral-like spread of unilateral annexation fever.  For proponents of annexation, the plan was an historic opportunity to realize their ambitions:  on one hand a prime minister under duress, on the eve of elections, desperate for every vote that can help him evade his day in court; and on other hand the unqualified support of an American president for Israel’s every caprice.  This was their chance to put paid to the two state solution once and for all and establish Israeli sovereignty over large swaths of Judea and Samaria.

Even the most ardent supporters of annexation, however, are cognizant of the widespread public apprehension about extending Israeli rule over millions of Palestinians.  It should come as no surprise, therefore, that they have gone to great lengths coming up with novel plans for “annexation deluxe:” ever more imaginative ways of extending Israeli sovereignty over significant portions of the West Bank without annexing significant numbers of Palestinians.

The question they avoid asking, and have no answer for, is whether Israel will be able to control the chain of events triggered by annexationist legislation, that, while starting with limited steps, may lead to the sweeping annexation the public dreads most.

Over the course of two years a team from Commanders for Israel’s Security conducted in depth and comprehensive research on this very issue.*  Their point of departure was that Knesset approval of legislation to annex portions of Judea and Samaria – whether limited or extensive in scope – could not be understood as anything other than closing the door, once and for all, on the chances for a negotiated settlement.  Formally adopting a policy that calls for unilaterally determining the future of the territories and their inhabitants will set in motion a cascade of falling dominos, with destructive implications for the security of Israel, the wellbeing of its citizens and the very character of the state itself.

This can best be illustrated by considering the turning point after which Israel could lose control of the chain of events and end up managing (and financing) the lives of millions of Palestinians in  theBankasBank well as, in all likelihood, the Gaza Strip as well.

That turning point will come with the breakdown of coordination between the security forces of the Palestinian Authority (PA) on the one hand and the IDF and Israel Security Agency (ISA) on the other. It is a policy, to be sure, that enjoyed widespread popular support among Palestinians who saw their own security forces – and whose forces saw themselves – as symbols of a state in the making.  This esprit de corps, and accompanying public acclaim, has only grown as Palestinian units prove their mettle by maintaining public security and thwarting efforts by elements hostile to the PA to gain a foothold.  Trained in Jordan and the West Bank by military advisors from western countries, in a program supervised by an American general, Palestinian security forces have earned the respect of the IDF and the ISA for their role in the fight against terror and their help in saving Israeli lives.

As the peace process has receded, however, and with it hopes for independence, so has public support for these very same Palestinian security forces, along with the morale of their recruits.  The view that these forces no longer represent Palestinian national aspirations but, rather, the interests of Israel’s seemingly interminable occupation, has gained increasing currency and, along with it, allegations that cooperation with Israel is nothing less than treason.  Senior Palestinian officers have suggested that monthly salaries will soon be an insufficient incentive to offset the social pressure on their subordinates to abandon their posts. Some even predicted that in the event of a violent outbreak on the West Bank, Palestinian security personnel could simply take their weapons and join the unrest. They observed, despairingly, that aside from the Israeli military establishment, few Israelis seem to realize that preserving the motivation of Palestinian servicemen is in Israel’s security interest.

It is a commonly held — and probably justified — belief that the leadership of the PA,  Mahmoud Abbas (Abu Mazen) in particular, are unlikely to express their frustration with Israeli policies by a tiny on their threats to terminate security cooperation with Israel .  This cooperation, after all, is essential for the PA’s own struggle with the Hammas.  What this apparent truism overlooks, however, is the possibility that security cooperation collapses due to peer pressure making it impossible for the men in uniform to show up for work. That in response to facts on the ground the authority of the Palestinian leadership may prove to be of no use.

In an effort to ascertain what kind of event could trigger such a result, Commanders for Israel’s Security came to the conclusion that Israeli annexation levislation, even limited in scope, could tear away the veil that allows Palestinian security personnel to argue they are still fulfilling a patriotic mission. While creeping annexation of the kind that has been going on for decades has not extinguished the hopes of Palestinians in a future settlement, a decision by the Knesset in favor of unilateral annexation would send a message that chances for a peace agreement are now dead and buried, that Israel alone will decide on the contours of Palestinian sovereignty, and that there is no longer any chance of establishing a viable Palestinian state.

A mass desertion by Palestinian security personnel – whether or not they actually join a popular uprising – would create a security vacuum that draws in all those held in check until now:  armed criminal and terror elements, the Hammas above all.

The IDF could, of course, take control of Palestinian cities and towns in areas A and B, either preemptively or in order to expel hostile elements.  Whether the PA survives, goes into exile or collapses, such an eventuality would saddle Israel with responsibility for the lives of 2.6 million Palestinians in the West Bank. On the reasonable assumption that the Gaza Strip would not remain calm under those circumstances, the IDF might also be called upon to occupy the coastal enclave, putting it in charge of another two million civilians.  We would then be left with no exit strategy in either region.

Since donor countries cannot be expected to finance the needs of five million Palestinians on the West Bank and Gaza under conditions of complete Israeli control resulting from annexation to which they objected in the first place, the Israeli taxpayer will have to foot the bill, amounting to tens of millions of shekels annually, year in and year out.

Some may argue that, if necessary, Israelis would not object to a drop in their standard of living or the level of public services they currently enjoy. Given the consequences to every Israeli household, not only does this assumption seem overly simplistic, but the IDF does not have the privilege of likewise tightening it’s belt. The entire standing army, and a good portion of the reserves, would be tied up maintaining order in the territories – leaving precious few resources to face challenges from the north (Syria, Hezbollah) or the east (Iran).  But the risks do not end there.  In reaction to legislation on annexation, Jordan might terminate existing security collaboration with Israel.  Here, too, the Jordanian monarchy could reach that point, not because it underestimates of the value of cooperating with Israel, but because of pressure from below that would threaten its own stability.  Israel’s eastern security frontier, it should be noted, is not along the Jordan River, but rather hundreds of kilometers to the east, on the border between Jordan and Iraq.  This strategic depth, this broad zone for early warning and preemptive action by land and air forces – all vital for Israel’s defense against Iran and other hostile forces – would be an additional casualty of unilateral annexation.

There is no question that the Israeli government has the authority to proceed with annexation if it so chooses.  This, however, is no routine policy decision.  It is a move with far reaching implications for the nation’s security and economic health, its regional and international standing, its society, values and demographic characteristics.  It is a decision that should only be made in a broader political context, after comprehensive, inter-ministerial staff work, after extensive deliberations by the cabinet, the Knesset and the general public, and after it has been approved by referendum.

It is worth observing that, while forfeiting sovereign Israeli territory requires a two thirds majority of the Knesset (80 MKs) or a majority in a national referendum, a simple government decision is all that is needed to annex.  Given the destructive potential that unilateral annexation carries with it, we would do well to consider bringing the two options into legislative balance, thereby guaranteeing that any such decision will only be made after serious consideration and careful study.

Dr. Nimrod Novik served as the senior policy adviser to Prime Minister Peres. He is the Israel Fellow of the Israel Policy Forum and a member of the steering committee of Commanders for Israel’s Security.