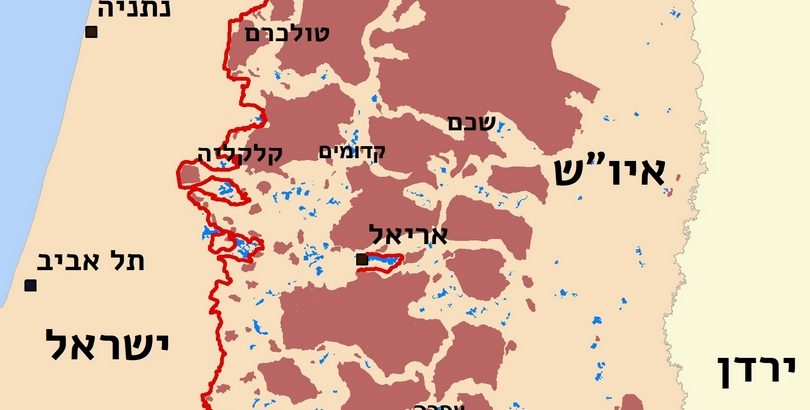 Annexation will lead to the establishment of a Judeo-Arab entity. Mixing hostile populations necessarily ends in bloodshed

The justified preoccupation with immunity and corruption makes us forget the danger that clauses on full or partial annexation are now being inserted into the coalition agreements. Most Israelis oppose annexation, including those who have no enthusiasm for a Palestinian state. But among MKs from the coalescing coalition – there is a majority. Against this backdrop, Commanders for Israel’s Security sent a letter to the Prime Minister – signed by hundreds of former senior officers in the defense establishment – asking him either not to annex, or to hold a national referendum if and when the government decides on annexation.

They write, among other things, “Applying Israeli law to Judea and Samaria, in whole or in part, other than as part of a negotiated agreement, will result in a chain reaction that will seriously compromise Israel’s security, economy and its regional and global status… Annexation without an agreement endangers Israel’s security and the lives of its residents… What will begin as the application of sovereignty to a limited area will necessarily deteriorate into full annexation of the West Bank with its millions of Palestinian residents.”

In response, Prime Minister Benjamin Netanyahu tweeted, “Those ‘experts’ supported the nuclear agreement with Iran and warned, ‘Bibi has made a navigation error and is destroying the alliance with America’.” A crushing response? Not exactly. For two reasons.

First, because the alliance with the Trump administration is definitely important, but that is not an alliance with America. Israel is gradually losing the support of Democrats and of the American Jewish community. It is true that that is mainly because of mendacious propaganda against Israel, but not only. It also has to do with Netanyahu.

Secondly, many experts have erred repeatedly. Regarding Iran, it seems to me that there is no need to support every measure made by Netanyahu to know that he was actually right. Iran exploited the nuclear agreement to expand its destructive influence, increas the danger to the State of Israel, develop more and more missiles, and to undermine governments in Arab states. Just like Jihad, it seeds destruction and ruin wherever it is. And thanks to the nuclear agreement.

But just like defense experts err, just like Kennedy and Churchill erred quite a few times, Netanyahu is also wrong. Big time. In 2002, he was among those who urged the American administration to attack Iraq. “There must be no mistake on this matter,” Netanyahu told Congress. “The moment that Saddam has nuclear weapons, the network of terrorist organizations will have nuclear weapons too.” Israel’s semi-official position was the opposite. Then-Prime Minister Ariel Sharon opposed Netanyahu’s position and tried to persuade US President George W. Bush that Iran, not Iraq, was the problem.

In any event, according to a study by Prof. Dov Waxman, Israel did not push the United States into confrontation. But good souls spread Netanyahu’s position to undermine his position on Iran. He was wrong about Iraq. That does not mean that he is wrong about Iran.

To the same degree, the fact that defense experts have erred on various issues does not lead to the conclusion that they are wrong now.

Because annexation is a different story altogether. There is no need to wait for the future to know that annexation means the establishment of a Judeo-Arab entity. Mixing hostile populations necessarily ends in bloodshed.

Some right-wingers dream of encouraging Palestinian emigration from Israel. These are fantasies. Even assuming that 20,000 Palestinians leave the territories every year, as the right claims, because of their birthrate, the proportion of Arabs between the Jordan and Sea will grow.

Even without a Palestinian state, which the Palestinians do not want, annexation means a bi-national state, with full civil rights or without rights. In any case, the result is one and the same: the end of Zionism. The conclusion is not despair. There are interim solutions based on civil and demographic separation – even if not total – while retaining security control. In any event, there is no need to wait for the future to know that when it comes to annexation, the defense experts are right. 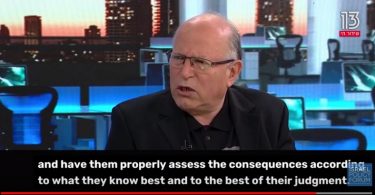 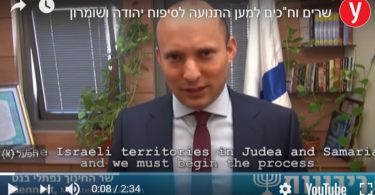 We call on all heads of the Zionist parties to express a clear position against the annexation plan...